K-zone rules - Patrick A K-Zone is da best!! - Ezra D Yo to all those k.zones out there - Liam whats up k.zone - Sam K-Zone in my opinion would be most likely specified as the magazine I read most. - Artem K I love K-Zone, it’s the best magazine in the world.😄 - Solomon K K-zone is da best - William L You rock K-zone! - Patrick M Love this mag, I just got August yesterday!!!!! - Cooper F K-Zone rocks! - Samson

Would you dive into a pit full of 2.5 million LEGO pieces?
Aideen Weingarth

Hi K-Zoners! How awesome is the shiny new K-Zone site, and The K-Zone Blog? Don’t worry, I’ll still be blogging about anything and everything awesome – you can count on me to always be looking for the best movies, books, comics, toys, games, shows and activities.

Hmm? Sorry, I was trying to build a very complicated LEGO structure – kind of half lightsaber, half tree… more of a lightsaber tree really… Anyway! It’s that kind of creative LEGO thinking (but about 100 times better) that makes the new show, LEGO Masters, so awesome!

In LEGO Masters, eight teams of two will be faced with a series of challenges, designed to put their LEGO skills to the ultimate test. Their design, creativity, engineering and construction abilities will be judged, and the final team will win the glory of being crowned Australia’s LEGO Masters champion, a suh-weet trophy made completely out of LEGO, and $100,000! There are nine episodes, and the challenges are always changing! Some builds take up to 28 hours to complete, and there are absolutely no instructions involved.

Our fave LEGO Certified Professional, Ryan McNaught, AKA The Brickman, is the extremely qualified person who will be judging the creations in every episode. He’s also joined by another host, Hamish Blake, who… uhhh… doesn’t really have the same level of LEGO expertise, but he does really love LEGO!

I was lucky enough to head over to the LEGO Certified Store in Bondi Junction, Sydney, to meet up with Hamish, Ryan McNaught, and a few contestants. 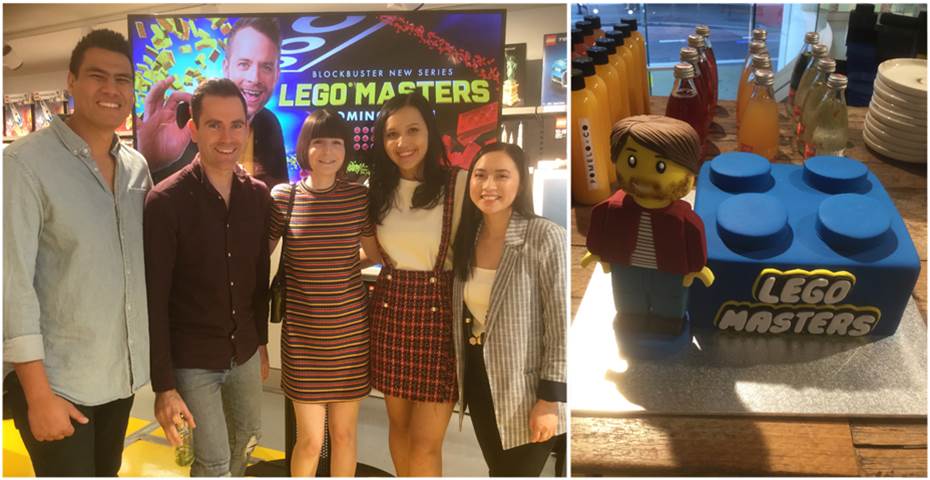 I met Henry, Cade, Marielle and Kaitlyn – two teams from the show!
There was also a LEGO Masters cake, with a LEGO Hamish! 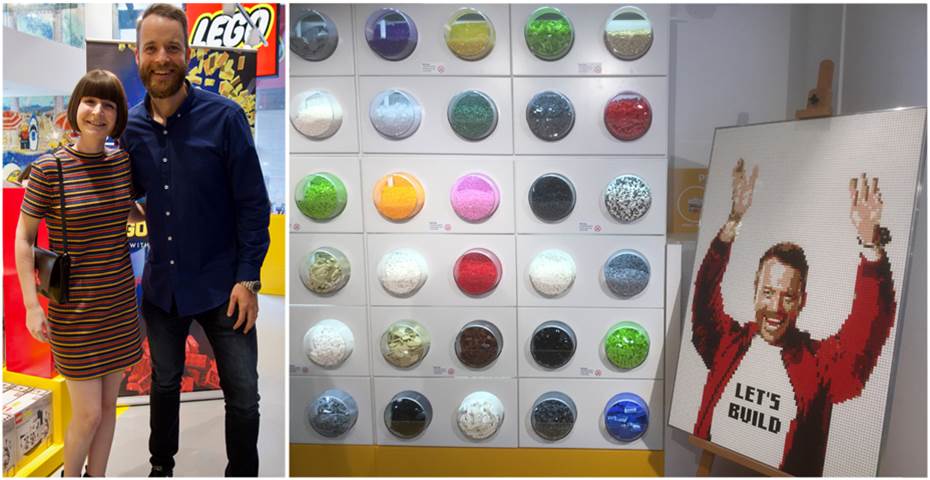 I met the real Hamish! I also checked out the LEGO portrait that Ryan McNaught created!
I found out that contestants on the show were able to use The Brick Pit during challenges - a pit full of LEGO bricks and elements! There were 2.5 million LEGO pieces in that pit! What?! What would you create if you had 2.5 million LEGO pieces? Let me know in the comments below!
Catch LEGO Masters Sundays at 7:00pm and Mondays and Tuesday at 7:30pm on Nine from April 28!