Catch up with the bounty hunter’s story leading to The Book of Boba Fett! This show is for older K-Zoners. Let us know your fave Boba Fett moment in the comments below!
Aideen Weingarth

Boba Fett first appeared after Darth Vader places a bounty for capturing the Millennium Falcon’s crew, and Fett tracks the ship to Cloud City. Fett also delivers Han Solo to Jabba for a bounty after Darth Vader captures and tortures him.

Fett is in Jabba’s palace on Tatooine when Han Solo’s friends attempt to save him. Fett aims his weapon at Leia (disguised as a bounty hunter) when she threatens Jabba, and he travels to witness the prisoners being fed to a sarlacc. Fett fights Luke Skywalker but Han Solo hits Fett’s rocket pack and sends him into the sarlacc’s mouth.

A young Boba Fett appears in this prequel film. Boba is an unaltered clone of bounty hunter Jango Fett, who raised him as a son. Boba witnesses Jango’s death on Geonosis, and mourns his father after the battle while holding his helmet. 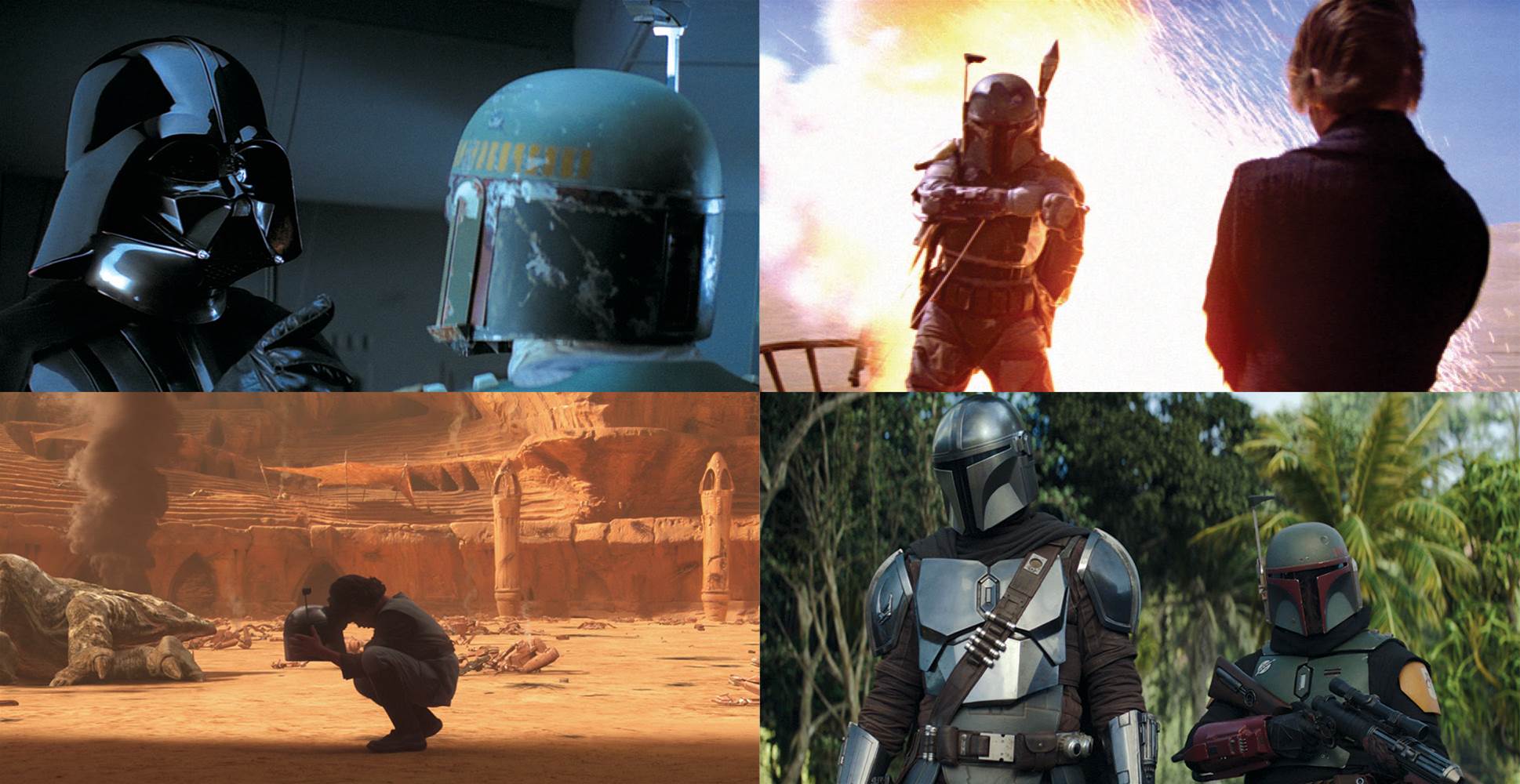 Fett technically first appeared in ‘Chapter 5: The Gunslinger’ in 2019 (when we see boots walking toward Fennec Shand at the end of the episode), but we didn’t see him until ‘Chapter 9: The Marshal’ in 2020. In the episode, The Mandalorian obtains Fett’s armor after it was salvaged by Jawas, and is watched by Fett. Fett’s first full appearance is in ‘Chapter 14: The Tragedy’, where it is explained that he saved Fennec’s life, leaving her in his debt. He wants his father’s armor back, and ensures the safety of Grogu (AKA Baby Yoda) in exchange. When Moff Gideon’s forces attack, Fett fights to protect Grogu, but the child is taken by Dark Troopers. Fett and Fennec the Mandalorian rescue Grogu in ‘Chapter 15: The Believer’ and ‘Chapter 16: The Rescue’. In a post credits scene, Fett and Fennec return to Tatooine, where Fett kills Bib Fortuna (in charge since Jabba’s death) and then sits on his throne.

As The Mandalorian takes place five years after Episode VI, Fett’s appearance confirmed that Fett survived the sarlacc after being presumed dead by fans for 37 years!

THE BOOK OF BOBA FETT

Boba Fett and Fennec Shand attempt to make a name for themselves in the galaxy’s underworld by taking over the territory once controlled by Jabba the Hutt!

Let us know your fave Boba Fett moment in the comments below!

Pick a LEGO universe to explore!

Which would you rather have on Earth?