You are good - Hayden B K-zone Rulez! - Tom Hello!!!! - Aliriza A Kzone rocks! Hello peeps! - Van Shout out to Ren may the force be with you! - Leo I love the competitions - Beth E Very epic and swag magazine! swag and epic. - Oscar I love your mag so much & Minecraft 😄 - Maya s I wish I could win something - Ollie S K-Zone Rules - Angus 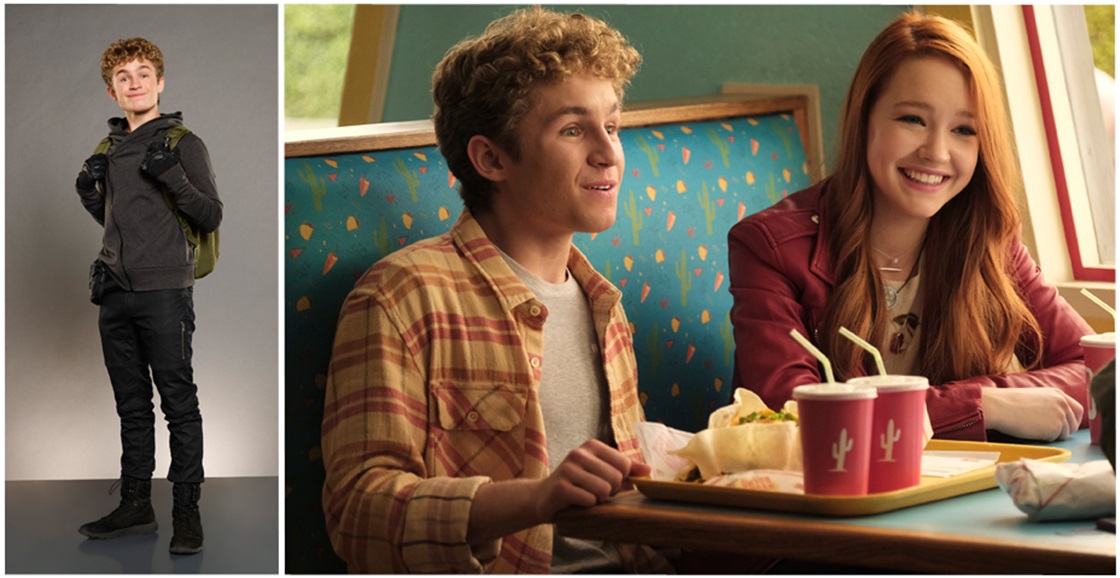 KZ: Which gadget from the movie would you like to have in real life?

S: The grappling hook, because I’d like to do some swinging.

KZ: What was the hardest scene for you to do?

S: Probably the opening scene, when Kim and I are trying to save the scientist from evil Professor Dementor. I had to try to unhook the scientist from heavy chains that he was wrapped in. He was dangling in the air and I had to jump and hang on to him. It was difficult to hang on while not hurting him.

KZ: Who laughed the most during takes, and what scene was the most fun to film?

Sadie laughed the most, but not really during takes. The Sector 12 scene was the most fun because Sadie and I were pretending to get zapped by electric eels. Plus the set was where the production office for the movie was, which was fun to hang with the fun people there while they were scheduling stuff and handling finances and then hop back to a massive fight scene with destruction hands Shego.

KZ: Did you learn any new skills for the movie?

S: How to do a safer combat roll! My skills from preschool tumbling were garbage and Kim Possible crafted my somersault to something I’m proud of. I don’t think I’d be comfortable rolling off a mat though.

KZ: Were any pranks pulled on the set, or behind the scenes of Kim Possible?

S: The Production Team/Crew surprised me with cupcakes on my birthday. Everyone crowded around me with candles and cake. I didn’t even know they knew. As for strictly pranks, the cast were a bunch of goofs, but there weren’t any true pranksters on set.

KZ: What is the best prank you have ever pulled, or had pulled on you?

S: I’ve only ever done small pranks that weren’t thought out at all. Like tossing a moldy orange at my brother so he’d catch a juicy, smelly mush. Nothing really that good, but usually at my brother’s expense.

I actually had a prank backfire. I tried doing the trick where you pretend to hit your head on something while you’re walking straight ahead. Some people use a pole, others a door, well, I used a car at nighttime. I’ve got bad depth perception and did this while running. Boom! I actually hit my head into the back window and my tooth exploded to dust. It was so humiliating, because then you feel like an idiot and, you have half a front tooth.

KZ: Ouch! What are your top three tips for K-Zoners who want to act in an action movie one day?

S: Take up any random physical activity you might be interested in, because the skills you learn surprisingly help or give the writers or directors something else to throw in the movie. Even if you don’t like conventional sports: try fencing, parkour, etc – it’ll keep you healthy and it’s nice to have cool skills.

Don’t eat large at lunch. I didn’t even do too much and I still felt the consequences.

Lastly, start acting in any way you can. Like home movies or in front of your parents. With your parents help, you can also find bigger stages to perform on.

Catch Kim Possible at 5:30pm on April 19 on Disney Channel!

Want to read our intervew with Sadie Stanley, who plays Kim Possible? For that and news on other shows, movies, books and games, grab the May issue of K-Zone, on sale now!