Thanks for doing give aways and all the fun activities :) Love the magazines K-ZONE keep up the great work :) - Fletcher S K-ZONE ROCKS!!!!! - Henry l K-ZONE IS THE BEST THING IN THE ENTIRE UNIVERSE!! - Reilly S Go K-zone! - Emily I can’t wait to the next issue is out! - Dash KZONE IS THE BEST! I’m so grateful we all have a chance to win!! Thanks KZONE - Ruby I love Kzone their amazing! 💗 - Olivia K-ZONE ROCKS - Kane Love this! - Suyash I LOVE K-ZONE SO MUCH THEY HAVE AWSOME MAGS!!! - Jake C 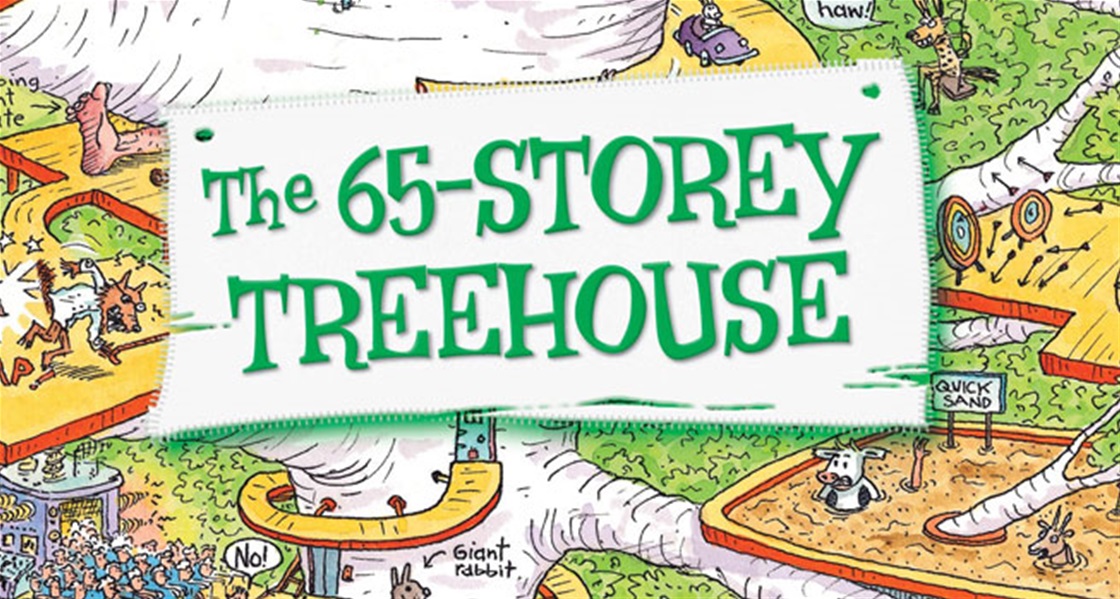 Find out more about the hilare guys behind The 65-Storey Treehouse book!
Staff Writer

Want to find out how to write and draw like a champ? Check out the hilare interview with Andy and Terry on page 24 of the September issue of K-Zone, on sale now!

KZ: What situation should you definitely try to avoid if you are trying to write – being stuck in quick sand, a man-eating shark tank, or a room full of melted cheese?

Andy: A toasted cheese sandwich while writing is pretty great, so I think being stuck in melted cheese would be the best. Quick sand would be good to be in, because you couldn’t move and you would have to concentrate on writing. If you’re being chased by sharks, I don’t think you could really write. Stay out of the shark tank!

KZ: If you could choose anyone in all of history to bounce ideas off, who would it be?

KZ: Where is the best place to go for inspiration?

Andy: I’ve got a favourite bookstore in almost each capital city in Australia and my favourite one in the whole world is the Strand bookstore in New York City, which is about seven floors of new and second hand books. The more books you read, the more you have to work with as a writer. 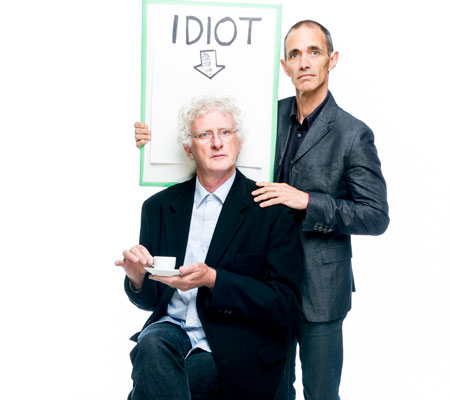 KZ: Where is the best place to go for inspiration?

Terry: To my desk. I sit and think and stuff happens. When I do painting I like to be outdoors. National parks, rivers and often the ocean beaches near where I live.

KZ: What is something you think you are the best at?

Terry: I am good at volleyball, and golf, and watercolour painting and drawing Andy angry. But the thing I am best at is training my goldfish to talk. I am great at it. Unfortunately my goldfish are hopeless at it.

KZ: If you had to live in just one part of the Treehouse while writing, which would you choose? Why?

Andy: What’s quite true in the books is that I tend to write with Terry in a kitchen living area, so we’re close to food and we have a big table. So in the Treehouse we tend to live in the kitchen living area. But if I have to come up with something and invent it from scratch then maybe I would go to the music studio and turn the music up and do it that way.

The 65-Storey Treehouse is on bookshelves right now! 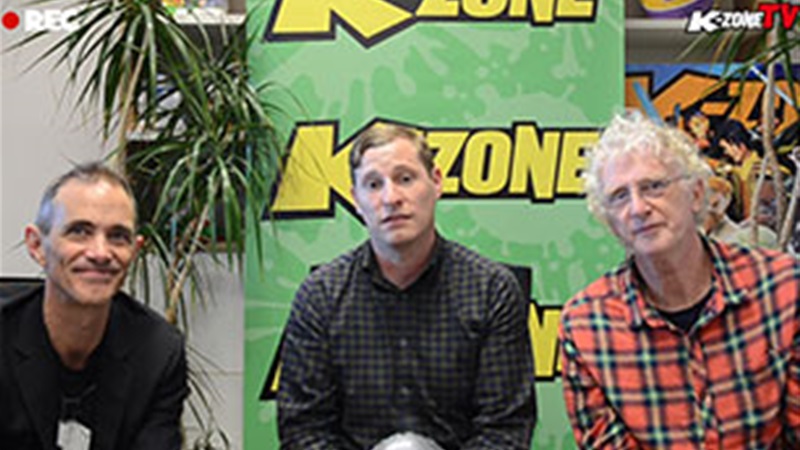 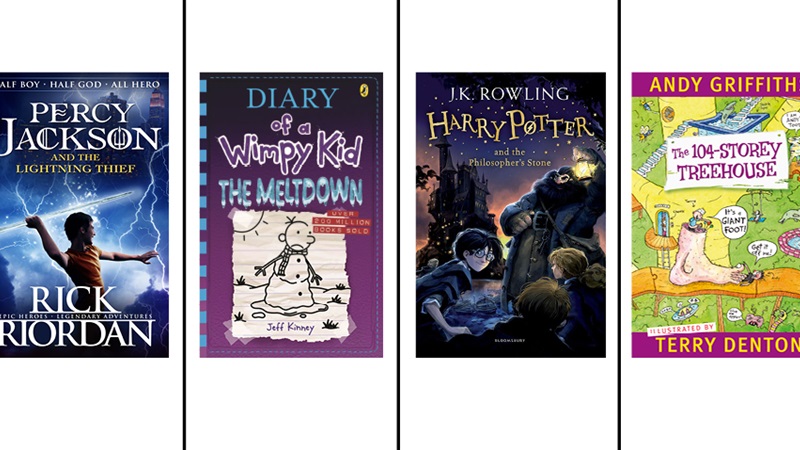 What book series would you choose? 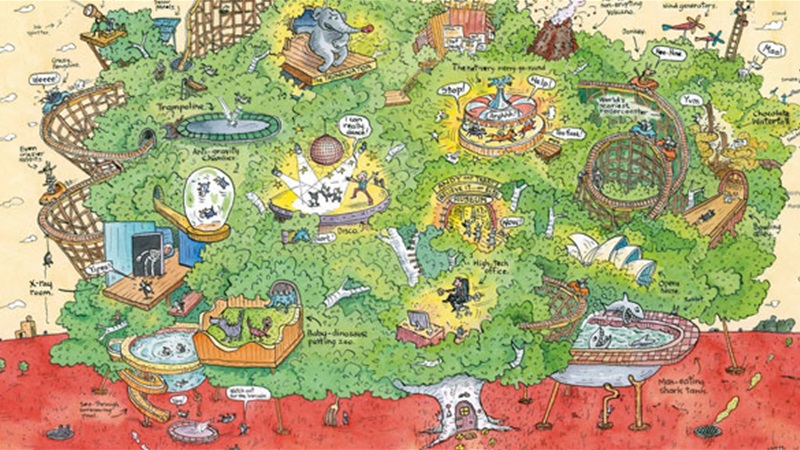 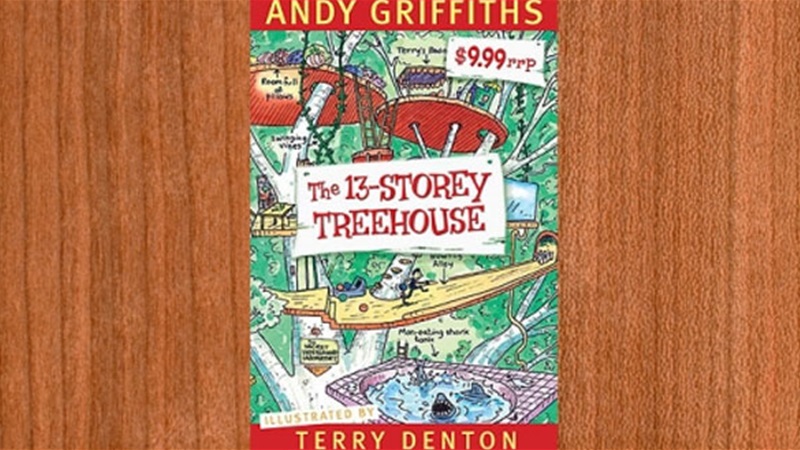 The 13-Storey Treehouse On Stage