I came here coz i miss kzone A LOT - Adrian K-zone is my fav mag! - Miles I LOVE SOCCER AND KZONE - Augie dr strange movie yay!!!!!! - harry Go kzone I love entering the prize party - Ava D On my 9th Birthday (I'm 9 now,) one of my friends gave the kzone books and I thought it was interesting, so I typed up the website... AWESOME! - CJ year 4 K-Zone stops me from being bored all the time!!! - Aris K K Zone rocks the best mag ever! Joel - Joel C THIS IS THE BEST THING I HAVE EVER DONE - caleb nice max - caleb Y

You can play LEGO Star Wars: The Skywalker Saga in a galaxy that’s not so far, far away! Available On: PC, PS4, Xbox One, Switch
Aideen Weingarth

It’s been a long, long time since the last LEGO Star Wars game. LEGO Star Wars: The Force Awakens caused a disturbance in the Force for wanting at least two more LEGO Star Wars Episodes. Now LEGO Star Wars: The Skywalker Saga is almost ready to zip out of hyperspace to give us a galaxy stuffed with bricks. Unlock hundreds of minifigs, then play as your faves: stacks of Star Wars characters for every letter of the alphabet, from classic champ Admiral Ackbar to new hero Zorii Bliss. It’s not just about the mighty minifigs, either. The Skywalker Saga is stuffed with bricks. All of the spaceships, space vehicles, and a whole lot else is fully brickified. Our fave? The ultimate fighter of TIE fighters. The LEGO Millennium Falcon. We’re blown away by how strong the Force is with the action. Swing humming ’sabers in cooler-than-Hoth combo combat. Plus, duck into cover and free-aim your blaster bolts in brilliant battles. 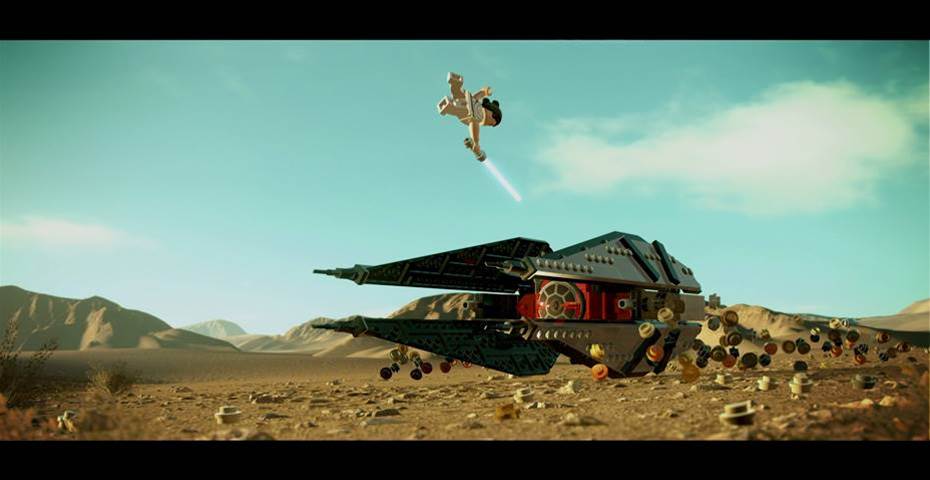 It’s been 15 fun-filled years since the release of the first LEGO Star Wars game. Since then there’s been five main LEGO Star Wars titles. They’ve brickified the prequels. The original trilogy. The cool Clone Wars. And The Force Awakens. But LEGO Star Wars: The Skywalker Saga is the first to roll nine magical movies into one space-saving game!