K zone talk more about Roblox please but otherwise K zone rocks - Archie hi all k-zoners - Logan M Shout out to my big sister Maddy and can you please do more Spiderman and teen Titans you guys are the best K zone rocks you’re the GOAT(Greatest of all time)- your No.1 fan Austin - AUSTIN Kzone is awesome I’ve read you since I was 5years old and I still love it - Jaeger Shout out to Kate, Chris, Cleo and Aurora. K-zone rules - Abbey Shout out to friend Ben for playing parkour with me and Owen and George - Braxton I love you so much - Mani Sega Rules!!! - Linus Kzone rules! - Gregor I want the Nintendo fast furious - Ari 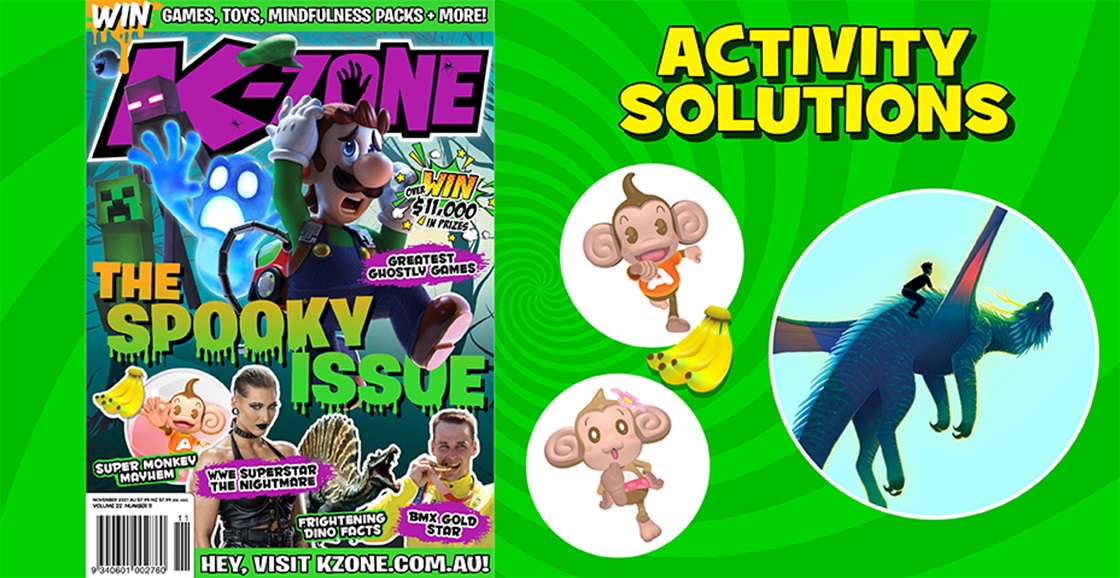 Check your answers for the November 2021 issue activities!
Aideen Weingarth

It sounds to us that you like your spooky with a side of silly, so this would be the perfect Halloween read for you! You’ll get to dive into the twisted and super funny world of Rowley Jefferson’s imagination, meeting zombies, vampires and ghosts along the way.

Goosebumps fans will be stoked to get their hands on a copy of this creepy book, which is the first one in a new series. Follow Connie as she accidentally invents talking slime that has teeth and threatens to eat her friends and her dad. Eeeeeek!

Mostly Broom Emojis: The House With a Clock in Its Walls

You rate the classics, so you won’t be able to put this spine-chilling tale down! It’s all about a boy named Lewis who has witches for neighbours and decides to try his hand at magic. What could go wrong? Expect resurrection and a clock that could obliterate humankind! 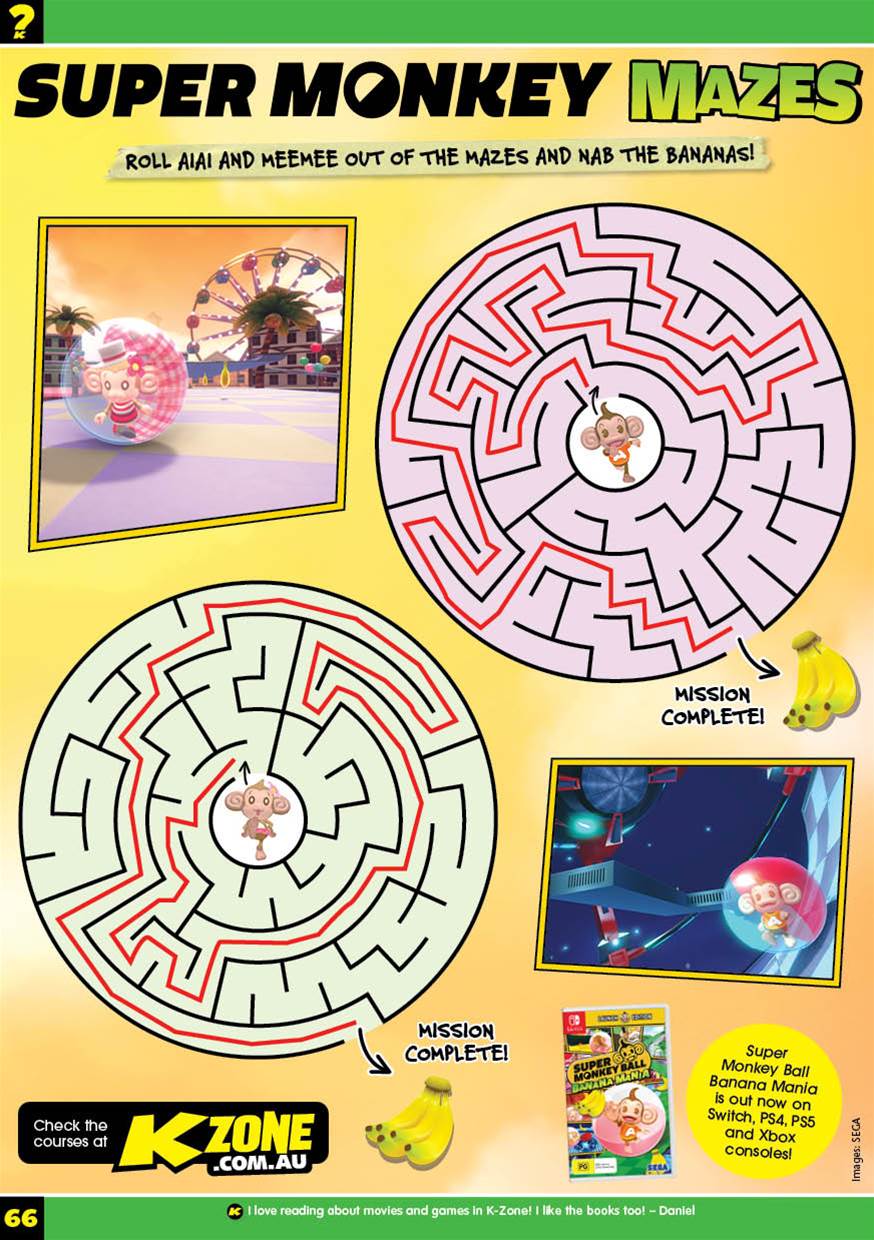 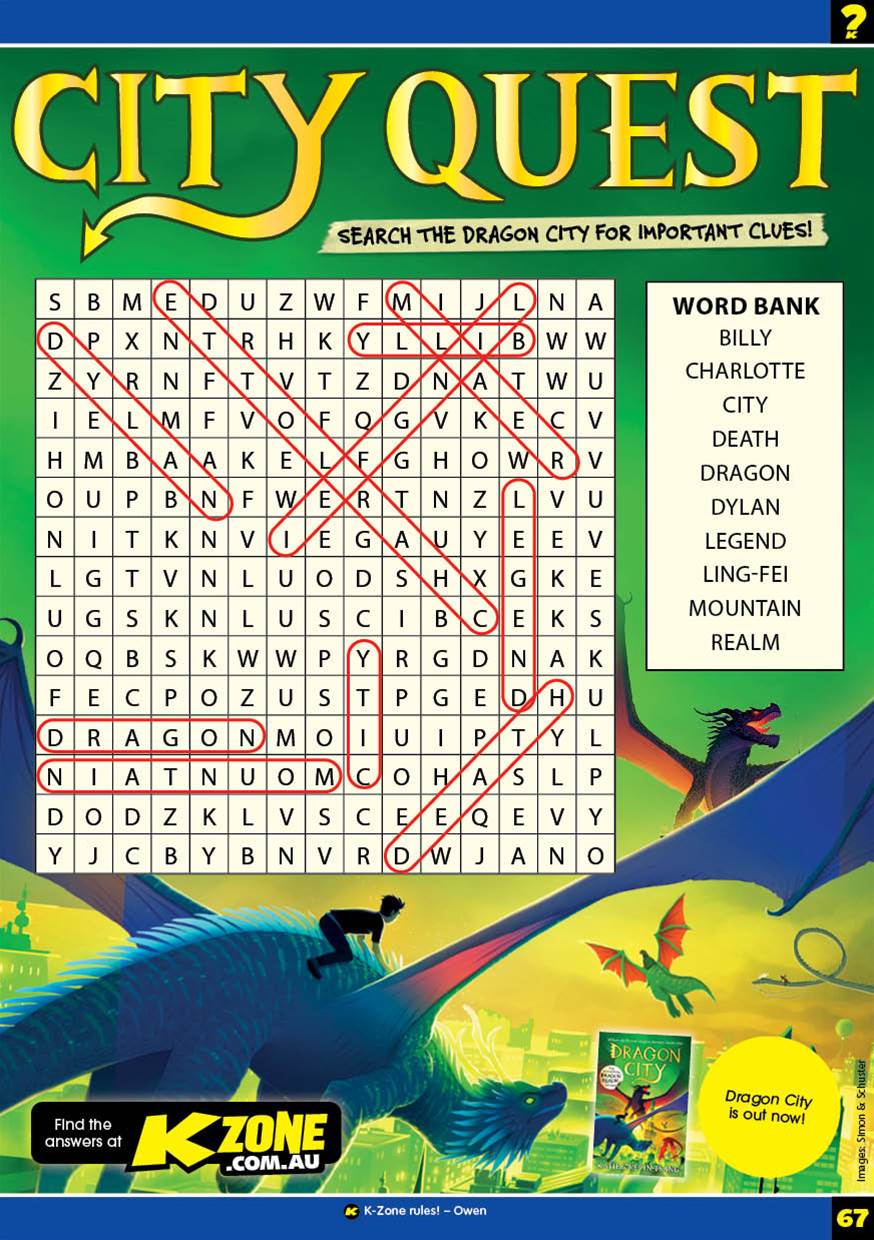 You’re all about the facts and telling it exactly how it is. Like Jai and Hanna, your job in the Midnight Society would to be the voice of reason and use logic in scary situations. Just remember it’s fun to tap into your imaginative side occasionally too!

9-16 = Dreams Or Nightmares? You’re The Imaginative One!

This is probably not the first time you’ve heard this… You’re a next level daydreamer! You love coming up with exciting stories and terrifying creatures coz it’s just way more interesting than real life. Luke and Gabby feel the same and rate being part of the Midnight Society for the escape.

Brave, confident and daring, you live for adventure and being part of an awesome group that would help each other out no matter what. And while everyone else is only dreaming about daring feats, you’re taking part in them (like Connor) – or at least talking loudly about them (Seth style)! 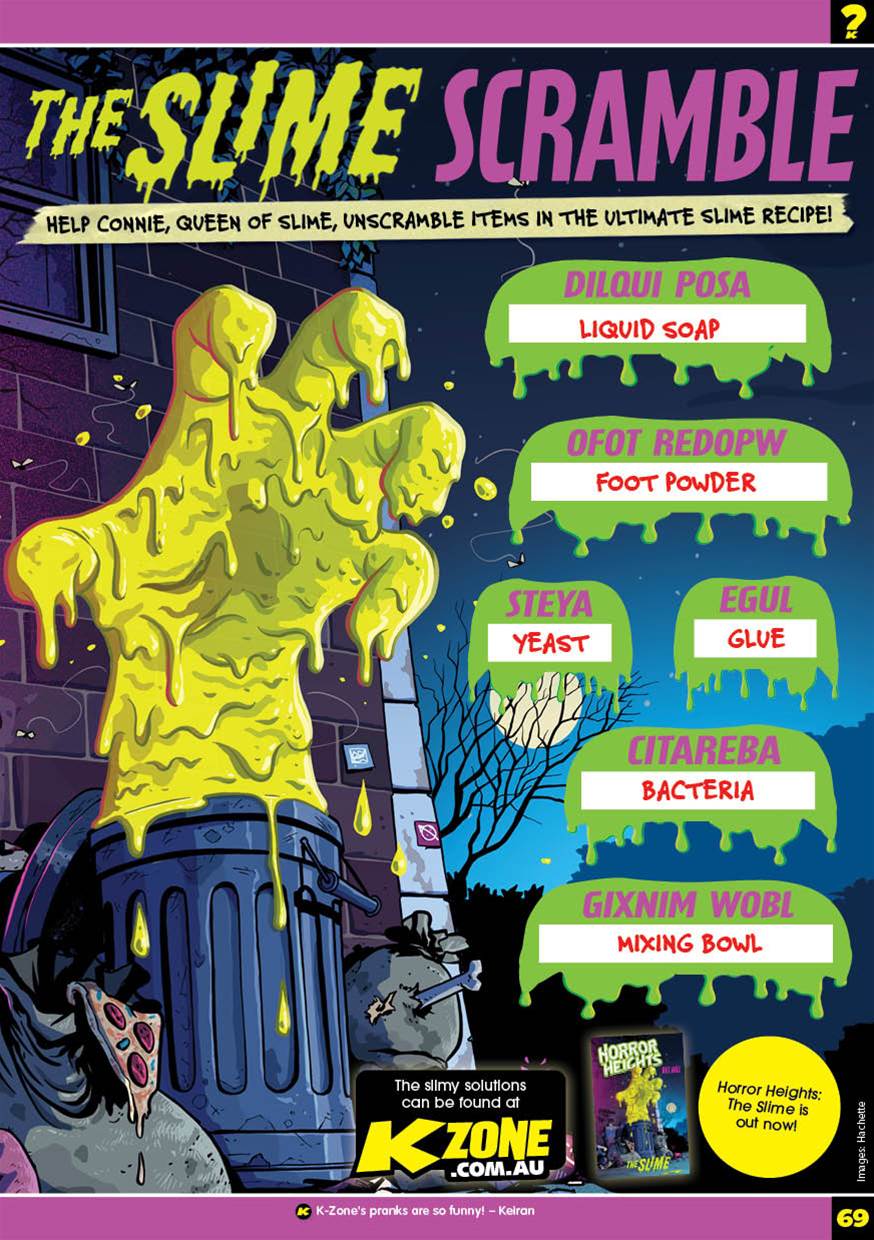 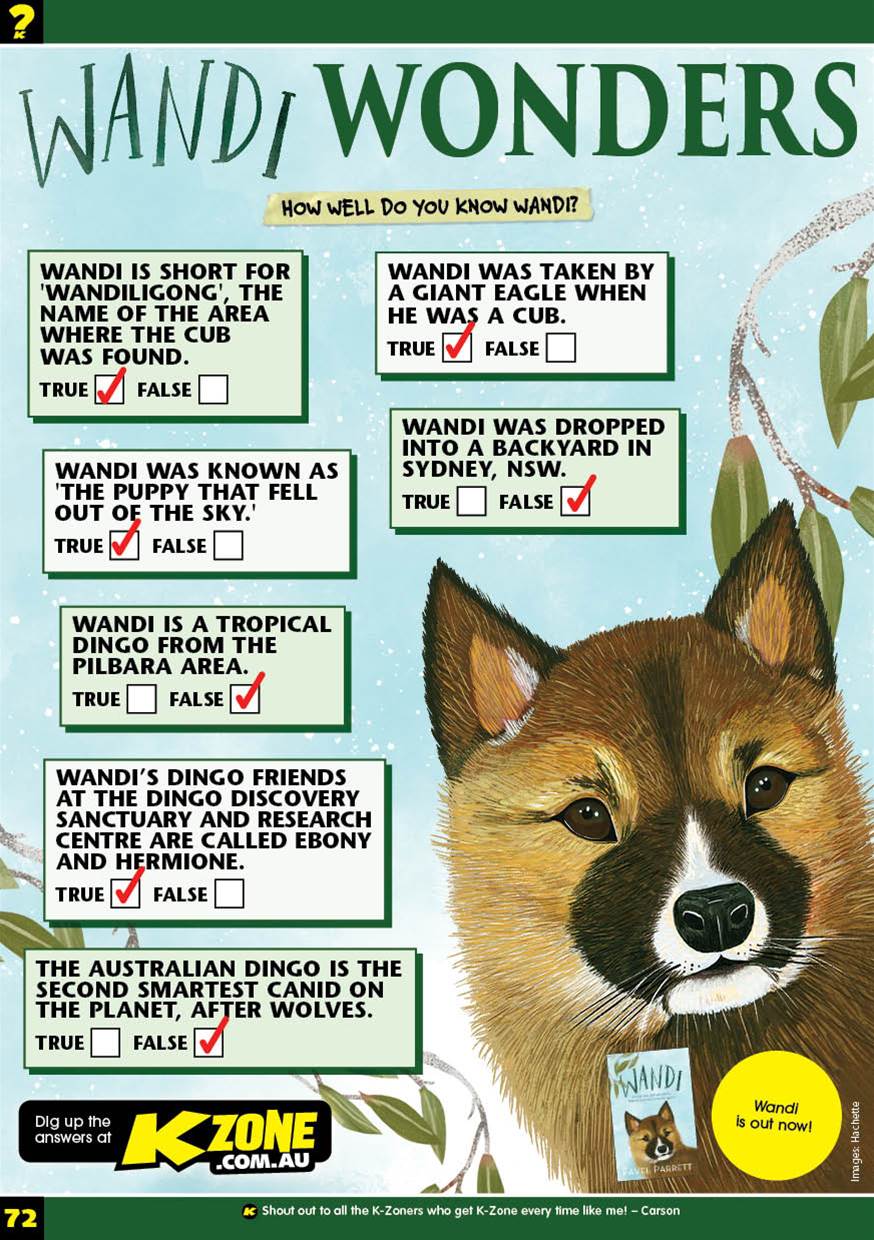 1. c When Steve is injured in an explosion and unable to be injected with the Super Serum, Peggy makes a split-second decision and enters the Vita-Ray Chamber to ensure the Project can create a Super Soldier and hopefully stop Hydra.

2. b. T’Challa is kidnapped as a child and taken from Earth by Yondu.

3. a. He is rescued by Eric Killmonger after the military escort is attacked, and Killmonger stops the bomb before any shrapnel can be lodged in Tony’s heart.

Group A = The Badgers

Obsessed with all things racing? You’d fit right in with this Grimwood gang! They often get into trouble, but they’re friendly and don’t mean any harm. In fact, these guys are like brothers and are happy to help others!

Group B = The Grimwood Players

Are you all about expressing your feelings and enjoy taking the time to prepare for important events? Why not put that energy to use and join the town’s drama club! The Grimwood players are confident, colourful and organised!

Fast, competitive, thrill-seeking, enjoys a good prank…. does that sound familiar? The squirrels are daring – always flinging themselves to and from trees at full force in the name of being the Treebonk master! They’re also pro prankers and aren’t afraid to use those skills to set booby traps in order to win. LOL! 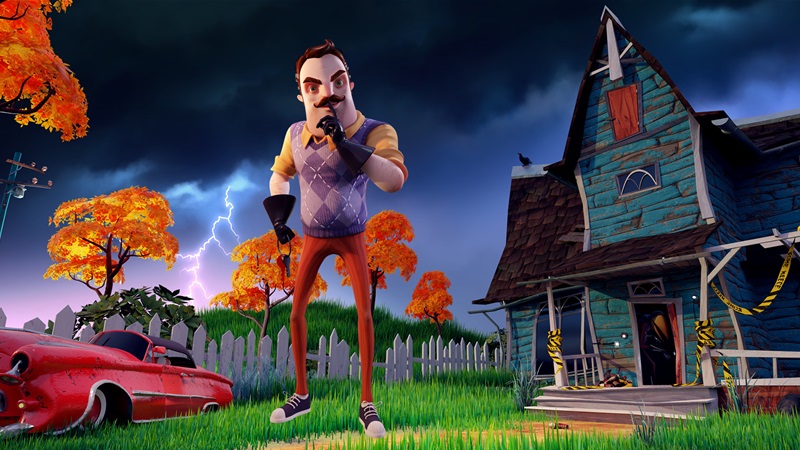