love the quizzes - Lyla A Shout out to my big sister Maddy and can you please do more Spiderman and teen Titans you guys are the best K zone rocks you’re the GOAT(Greatest of all time)- your No.1 fan Austin - AUSTIN K-Zone RULES IT IS THE BEST!!! Shout out to all those K-Zoners - Anthony N HELLO, HELLO, HELLO! K-Zone is awesome and I looove it! - Taj I've never won anything before so I hope I do. - James F Shout out to all the Fortnite fans! - Gregor L I have been collecting since last year - Mazen E k-zone rocks !!! - Miles I LOVE K zone I have been a member for a while and do you think you could do a mag of roblox. - Lachie S i loooooooooove k-zone,roblox and minecraft!! - Leo L Get To Know Black Panther

Aideen tells you all about the new movie coming in 2016, Black Panther! Get to know his mysterious back-story right here...
Aideen Weingarth 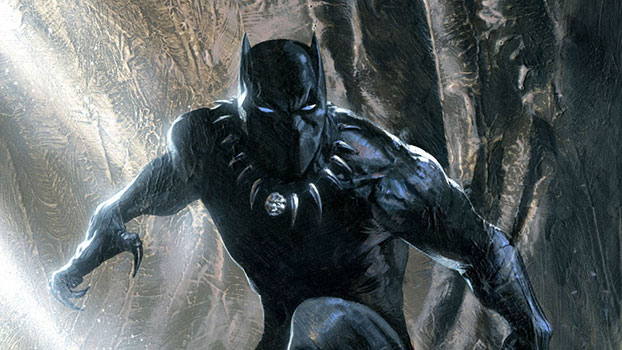 I don’t know a lot about Black Panther and Captain Marvel, so I would really like it if you did a blog post about them! 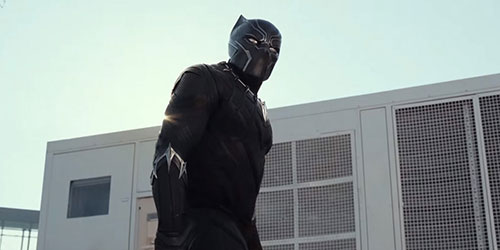 If you haven’t seen the Civil War trailer, here’s our first look of Black Panther in action!

In the comics, the title of ‘Black Panther’ is actually passed down among the royal family of the (fictional) African nation of Wakanda. The story of the most well-known Black Panther, called T’Challa, all starts when a meteorite made of vibranium crashes in Wakanda. The ruler, King T’Chaka, believed that outsiders would exploit his country for this amazing resource, and decides to hide Wakanda from the rest of the world.
When King T’Chaka was killed by a villain trying to get to the vibranium, T’Challa, his son, eventually inherited the throne of the technologically advanced kingdom. After a series of intense physical tests and education, T’Challa also grew worthy of the mantle of ‘Black Panther’, and was allowed to eat the ‘Heart-Shaped Herb’ which linked him to the Panther god and granted him superhuman strength, speed, stamina and senses.

T’Challa is known as many things in the comic world – a genius, a brilliant tactician, strategist, scientist, tracker, athlete, champion of justice and master of all forms of unarmed combat. His unique fighting style uses acrobatics and aspects of animal mimicry.
Being a descendant of a royal warrior race also means he’s a master of armed combat too, able to use a variety of weapons – he just prefers unarmed combat. T’Challa is considered one of the eight smartest people on the planet, always has a plan, and is usually thinking several steps ahead of everyone else in order to achieve his goals and protect the kingdom of Wakanda.

As we saw in the trailer, Black Panther definitely has some amazing combat moves – the brief glimpse of a fight between him and Bucky/The Winter Soldier is intense! You can also see Black Panther sprinting through a tunnel at crazy speeds, being chased by Captain America – so he’s definitely living up to his athletic comic history.
We’ve also heard that in the movies, Black Panther’s costume will be coated in vibranium, a metal found in Wakanda. Marvel fans will also know vibranium as the same metal Captain America’s shield is made of. The movie version of Black Panther may not be exactly the same as the one in the comics, so we’ll have to wait to see whether there are any differences in the characters life or personality on the big screen! 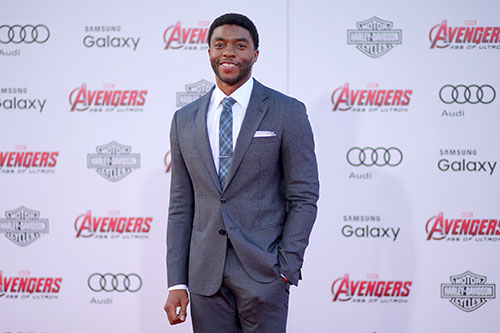 So, who is going to play this amazing character on the big screen? Marvel have chosen actor Chadwick Boseman to take on the role of Black Panther in Captain America: Civil War in 2016 and Black Panther in 2018. I’m sure Chadwick will end up being as much of a household name as the rest of the Marvel superhero actors by the time Civil War is in cinemas!

Phew! This was a long blog post K-Zoners, but there’s just so much to say about T’Challa, the epic Black Panther! I wish I could keep writing about him forever, but I’ll have to stop. How about you let me know what your fave thing about Black Panther is in the comments? Which would you prefer? Which Avengers Hero Are You?