kzone is awesome shoutout to solomon - sam K-zone is the best magazine to ever exist! - Ryan L On my 9th Birthday (I'm 9 now,) one of my friends gave the kzone books and I thought it was interesting, so I typed up the website... AWESOME! - CJ year 4 I LOVE SOCCER AND KZONE - Augie Hi I just want to win something from the prize party - Frankie S Hey my name is Adam nice app - Adam n I hope I'm in K-ZONE!!!!!!! - Mike O shout out to people who like K-ZONE and Roblox!!!!!!!!!!!!ඞඞඞඞ - Max S I looooove ur books and have been reading them for ever and I never won a prize but I feel like I will today - Logan g shout out to minecraft-levi - levi

We caught up with the top secret agent!
Staff Writer

We caught up with the world’s greatest secret agent, Danger Mouse, while he was took a quick break from protecting the universe and mind-blowing missions! 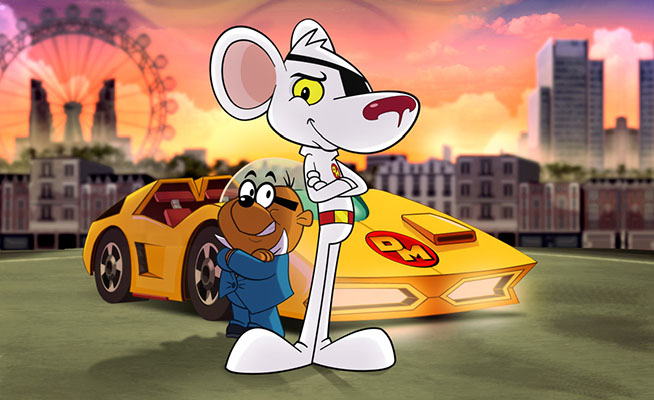 KZ: Hey Danger Mouse! Thanks for saving the world so many times! What has been the scariest experience so far while being a Danger Agent?

DM: Some say scary, I say exciting… Actually, Penfold says scary, I say exciting, but saving the world is all in a day’s work. When Penfold and I took on the World Wide Spider who threatened to eat the world, it was suggested I was scared of spiders which is totally preposterous… There aren’t any here, are there?

KZ: That sounds pretty terrifying! How is Penfold? Have you had to save him from any trouble lately?

DM: Penfold is absolutely on top form. He was only saying the other day how much he was enjoying our new adventures, especially taking on the evil Count Duckula. I think that’s what he was saying. I couldn’t quite hear him as he was running away in the opposite direction screaming.

KZ: How do you usually go about saving the day?

DM: Well, after Colonel K has briefed us, we sit down as a highly trained team and discuss the facts at hand. Then I usually ignore all of that, jump in the Danger Car and do it in the most dangerous way possible as we go along.

KZ: When was the last time you faced Baron Silas Greenback and his henchmen?

DM: I saw him down the supermarket last week. He was in the 10 items or less queue with 12 items – THE FIEND!

KZ: You have a pretty crazy collection of gadgets! What’s your absolute fave?

DM: So many to choose from! My personal favourite is the ejector seat in the Mark 4. A few teething troubles as it tends to eject the car rather than the seat, but we’re working on it.

KZ: Are you the new James Bond?

DM: I heard James Bond actually wanted to be me, but that’s totally understandable. When I saw him at the secret agent’s monthly barbecue, I could see he was very envious of the Danger Car – and why wouldn’t he be!