Shout out to my best friend Rowan M! - Hayden O Thanks for the GO-CUBE Edge Kzone - jack g Shout out to my friends Elijah and Caden! - Jacob J Kzone rocks!!! - jack g Shout out to the amazing magazine, K-ZONE! - Johnny i wish everyone wins - pathis b i like trains - Theo K Hey Kzone my name is preston and i am new to Kzone a nd i am already loving it - Preston I WON!!!!!! NO JOKE just got it in an order!!! - James P Hey guys, I received my prize today after school and I am so happy with what I received thank you so much! I have taken photos to share with my family thanks again.. I can’t wait to get reading these amazing books! - Xavier Z It’s a miracle that it’s taken this long for someone to get around to remaking the totally classic Alex Kidd in Miracle World! Available On: Switch, PC, PS4, Xbox One
Aideen Weingarth

It’s remake time, K-Zoners. This time Alex Kidd. You know the dealio. Take the classic cartridge your ‘rents likely loved. Slap on some marvellous modern eye candy. Now a whole new mob of kids can enjoy Alex Kidd in Miracle World DX! And we ain’t kidding that we’re seriously excited. Blast through a game world stuffed with peak platforming and brawling bosses. Wanna go old-school? Blast from the past with retro mode by tapping a button. Speaking of blasts, this Kidd sure packs a punch. With his superpowered Power Bracelet, he can smash everything. Make foes disappear in a puff of POW smoke. Shatter rocks with shockingly powerful shockwaves. Plus, nab mountains of gold coins. Why? To buy the raddest of rides, natch. Like, a full-speed, rock-smashing motorbike. A baddie bashing boat. Or a pedal-powered chopper. Alex Kidd in Miracle World DX isn’t just a basic remake, either. There’s stacks of new. Modes. Levels. Vehicles. And monsters.

Alex Kidd turns 35 in 2021. He ain’t no kid no more! Alex Kidd in Miracle World DX is a remake of Alex’s first outing from waaay back in 1986. This cool Kidd had six old-school outings up until the final release in Alex Kidd in Shinobi World in 1990. 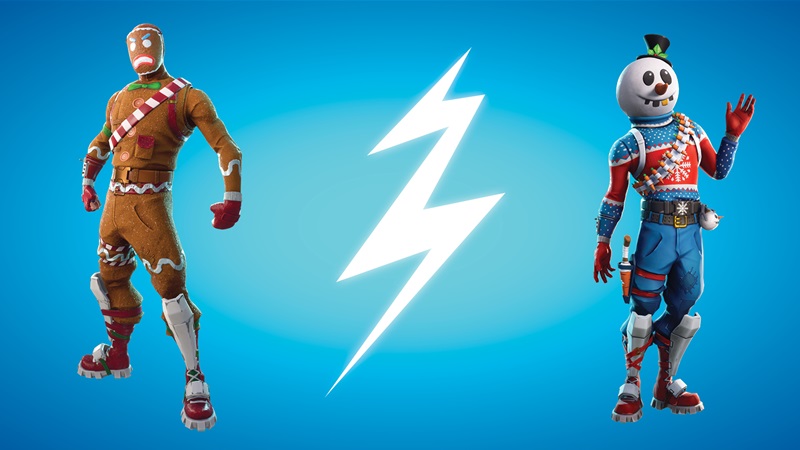 Which Fortnite skin is your fave?