Hi chickens - Ronda A k-zone is the best ever :) - phoenix.t Hi k-zone I have been collecting issues for ages now keep on making the best mags ever - Matthew A Hi guys - Jonasjbx Thank u so much k zone!!!!! I luv your mags I’ve collected the 1st issue as well as the 100th and the 150th plus 200th and 250th! I have 34 mags in total GO K ZONE thnx - Frank M Shout out for the Star Wars Adventures comic at the end. !!! I Love reading K-Zone every month! Best Birthday present ever! - Colby D K zone is the best - Sol Z hello everyone - Sam S AYYYYYYYYYYY - Cam I First Did The K-Zone Cup In Mario Golf Toadstool Tour Last Year In July. So Shout Out To Anyone. And I Did K-Zone Cup Blindfolded Yesterday. So Glad I Did K-Zone Cup On Dolphin - Michael W Follow these tips to up your odds at surviving the copetitive Among Us! PSST! Among Us is an online game, so play privately and safely!
Aideen Weingarth

As a Crewmate, keep an eye out for common tasks, like swiping a card or turning a key. Knock ’em over first for an easy way to spot early Impostors. If one person strays away early, they’re likely the Impostor! If you’re the Impostor, mimic these common tasks to avoid detection.

Playing as Impostor is tricky but fun. Learning to fake performing Crewmate tasks is great. Build trust by passing isolated Crewmates without taking them out. Combo faking a task with taking out a Crewmate. Then sabotage the lights. Low lights ruin visibility and lets you dodge witnesses to your sneaky Impostor acts!

Pairing up is risky in Among Us. But completing tasks in groups of three or more makes it tricker for Impostors to isolate you. With lower player counts, pairing up is very risky. Impostors should use pairing up to build trust. Fake tasks. Then take out any isolated players!

Impostors should avoid trying to fake completing visual tasks. Emptying garbage. Clearing asteroids. Submitting scan. Priming shields. Crewmates can see whether these four tasks have actually been done. On the flip side, Crewmates who see another player complete a visual task can safely assume they’re not an Impostor!

Are you playing Among Us? What do you want to know about the game? Comment below! 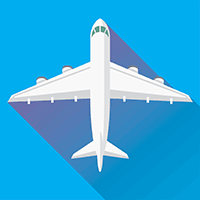 6 Chaotic Games You Have To Try