shout out to my friends and also this mag is the best - Tommi Thanks to all the peps out there for helping with the k-zone mags I love them. - Eli Hey k-zone - William L I love K-Zone, it’s the best magazine in the world.😄 - Solomon K Shout out to Bailey and Levi! XD - Jack G i love the mag - Noah Am koala 🐨 - Zoe J I am cool - Riley If you see this shout out, you're AWESOME! - Summer I wish this could be a shout out - Arlo H

The Last Kids on Earth get their first game, and it’s shaping up to be stuffed with zany zombies, mauling monsters, and cool couch co-op! Available On: Switch, PS4, PS5, XBO, XSS, XSX, PC in 2021.
Aideen Weingarth

Okay, so you’ve smashed through the books. And annihilated the TV series. Now take it to the next level with the first The Last Kids on Earth game! The Last Kids on Earth and the Staff of Doom is an all-new, all-awesome battle against a brainless bunch of brain-munching zombies. The main stuff these stiffs are stopping you from nabbing is the super-strong Staff of Doom. As if that’s not enough of a sticky situation, big-bad, totes mad Malondre is the queen of the slime monsters. She wants the staff to make things totes tougher by spawning in Rezzoch the Ancient who has a rep for wrecking worlds. But the awesome foursome ain’t gonna to let that happen. Play alone or in frantic four-player couch co-op. Bring the broom-broom, undead doom of Big Mama to splash through waves of zombies in Wakefield. Plus, level-up your pew-pews to take out massive monsters. Then upgrade gear to survive biffs with epic bosses. 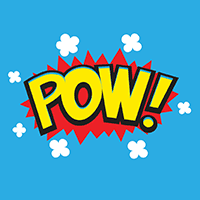 I really want this game

Who would you add to your team?

Marvel’s Guardians Of The Galaxy Cheats