K Zone rocks the best mag ever! Joel - Joel C I like sonic and kzone! - Ben Shout out to my bro Bailey and Levi - Jack G I LOVE K-ZONE!!!! - 4KHD . Hi I just want to win something from the prize party - Frankie S K-zone is the best magazine to ever exist! - Ryan L Shout out to ya boy Rice , James and Leon - Patrick It is my birthday tomorrow and I am going to eat cake for breakfast!! - Elliott S I love these mags never stop making them! - Manon H I really love reading Kzone magazines!! Keep up the great work 👍 - Freddie

Level Up: Be A Successful Musician

Mak from Brothers 3 tells you how!
Staff Writer 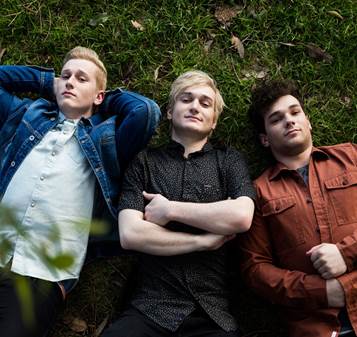 Brothers 3 is a country pop band of three brothers from Mudgee, New South Wales. They even came third on X Factor in 2014! We hung out with band member Mak, who told us all about how to level up as a musician!

KZ: Hey Mak! We have to ask… Why country music?

M: We used to play music as a family – we used to sit around and jam on the farm! Having three acoustic guitars pushed us towards country music. At the moment we’re playing country pop, but that’s why we first started with that kind of genre.


KZ: How did you learn to write your own songs? Any tips for writing one?

M: I don’t know how we learnt, we just started writing. We try and write from the heart, and it just kind of happened!


KZ: Tell us about your bros!

M: Tayzin’s the crazy one – he’s always doing something weird or we don’t know where he is! Shardyn is the one who tries to tell jokes but all of them are failures! And I’d be the bossy one!


KZ: Do you ever get nervous on stage?

M: The most nervous I’ve ever been was for X Factor – there are people sitting in front of you just to judge you! Whereas normally everyone’s on your side.

M: I drink a lot of water. I don’t deal with them, I just turn them into excitement.


KZ: How do you make your shows exciting?

M: We have a lot of fun on stage – if we’re having fun, everyone else has fun.


KZ: Do you ever prank your brothers? Give us some examples so K-Zoners can level up their pranking game!

M: All the time! I feel like pranks for us are jump scares – we’ll wait for one of the other brothers to come past and just jump and scream at them! Their reactions are priceless.

What is the best mood changer?

Hang with Elliot ‘The Kid’ from Battlebird!