Bruh - Zoe J Hey k-zone - William L K-ZONE IS DA BEST ALSO I AM IN K-ZONE - yaro is cool Star Wars the skywalker saga is so cool - Adam If you see this shout out, you're AWESOME! - Summer I’m a big fan I really want a the prize - Leon F K-zone rocks!!!! - Jaxson hi k-zone.this shout out! is for aryahan. from Elias!!!!!!$$$$$ - Elias b Love this mag, I just got August yesterday!!!!! - Cooper F K-Zone is amazing I've read so many of their magazines over over and over again! Not to mention K-Zone T.V. - Khari I

The biggest Minecraft adventure ever is playable at home, out and about, and even on your next road trip with Minecraft Earth! Minecraft Earth Early Access is available in Australia NOW! Available On: iOS, Android
Aideen Weingarth

We love Minecraft. And we love Pokémon GO. Craft these games together and you get Minecraft Earth. With a smartphone or tablet, turn IRL into IML. In Minecraft Life! A few speedy taps mines the right resources. Then get to work on the crafting bit of the game name. Early on, you’ll build smaller structures. But the more you collect. The more XP you mine. And the more XP you score. The more you level up and unlock epic new builds. Tweak them on an IRL tabletop. Then blow them up to legit building sizes outside. Later, you can totes explosively blow them up if that’s your jam. Our fave bit are finding new Adventures to play. These rad quests are larger than life (well, as large as life). Fight off mobs or crack cool puzzles to score the leetest loot. Like, sending a cart-camping chicken home by repairing its rail track.

Keep an eye out for Tappables. As the name suggests, tap Tappable a few times to mine resources for later crafting (or sharing). There are chances of scoring rare resources. Like, Grass gives Grass and Dirt (obvs). But also may reward different flowers. Or a handy Water bucket. Plus, Chest Tappables are Best Tappables. Don’t. Stop. Tapping!

Invite your Minecraft mates to play Adventure together. Bring up the scannable QR code on your screen. Get them to scan it. Now your next Minecraft Adventure is an Ourcraft Adventure! Time to share tasks. Whatever they grab, you score, too. Mind the mobs. Then mine everything you need for your next epic build.

Are you playing Minecraft Earth? Let us know in the comments below! 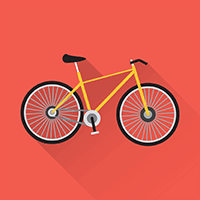 Top Of The Blocks